Tomasz Mularczyk is the founder and CEO of MythicOwl, a mobile app company that is set to release their eighth app.

MythicOwl’s 2017 release (Parenting Hero, a helpful app for new and experienced parents) was a huge success, but Mularczyk is especially excited for their newest game that was released on May 29th, 2018.

“Hexologic is the only game that makes me want to show the next move myself instead of letting the person I’m presenting the game to do it. I love its mechanics, as well as the aesthetic side, and I’m sure it will be very enjoyable and yet definitely a time well spent for all puzzle lovers.”

Jakub Siwek did most of the programming for the project. He thought of combining hexes and Sudoku-like gameplay for Hexologic.

“They say you don’t make the games for yourself, but for the players. I always wanted to combine hexes and sudoku-like puzzles to create a game which would still be fun to play for me despite the hundreds of hours I put into creating it. I’m very happy with the final project because I really feel that my dream has come true. I hope the users will like it as well.”

Hexologic is a mobile puzzle game that combines hexagons and sudoku-like puzzles. The levels get tougher and more intense, while the games graphics are always sharp and inviting. If a game can be easy but challenging at the same time, Hexologic accomplishes just that.

Hexologics contains 60 levels (as well as some hidden levels) of Sudoku-like puzzles to complete. They are included in 4 completely different worlds. The gameplay is based on hexagonal grids and the mission is simple – solve the puzzles. Like Sudoku, you combine the numbers to solve the grids – but as the levels pass you by, the next one gets tougher and more challenging.

Hexologic available for download on your iOS and Android device for only $0.99. On Steam, the game will cost only $2.99.

For Steam users looking to get more out of their gaming experience, they are in luck with Hexologic. MythicOwl just implemented a Steam Workshop support where players can now create, share & play new levels of their own design, vote on each other’s work and more!

The game is also now available on the Nintendo Switch store!

Check out this official trailer to see how visually appealing and enjoyable this new game from MythicOwl looks.

So get this game and enjoy it! It’s easy to learn, fun to play and will relax you while you play. On top of the excellent graphics and gameplay, the atmospheric soundtrack adds to the game’s ambience. Try it for yourself!

NuWay – A NuWay to chat 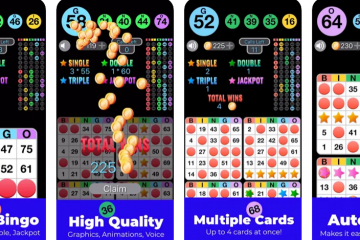 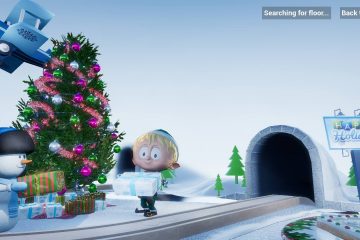 Enjoy with Ollie jinglemaster in Ollie the AR Elf