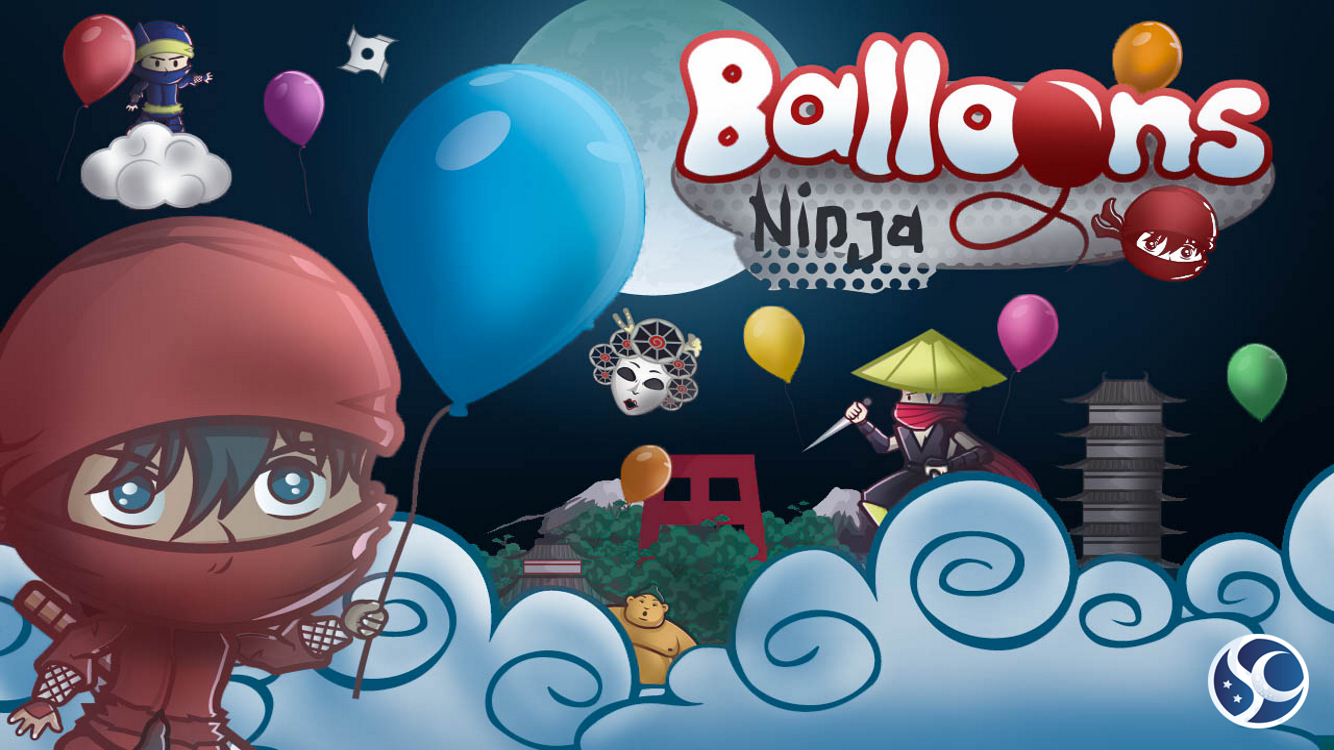 It is no secret that we are always looking for games on our phones to occupy our time. With thousands of options in the app store there are options for everyone. I recently tried out Balloons Ninja and after a couple of rounds where I did awful, I became obsessed with the game.

The concept of the game is that you are controlling a little ninja who is flying through the sky on balloons. Obviously, a balloon can’t support the weight for very long, so you have to jump from one balloon to another. Some balloons have other people on them and some will be on the other side of the screen so there are times where getting from one to another will be harder.

The visuals on the game are fantastic. All of the graphics are extremely clear and colorful. They really contribute to the overall game experience and make it feel like you are in the game as opposed to just playing it.

At the beginning of the game there is a tutorial to explain how to use the controls in the game. I read them quickly and figured I could figure it out on my own. I was wrong. Since I didn’t pay attention, I lost on my first try almost immediately. Once I took a second and learned where the controls were, the game became very easy. There are two buttons to move from side to side and a button to jump, all of which are clearly labeled.

The game runs very smoothly. It isn’t inundated with ads that interrupt game play nor does it take a long time for the game or subsequent tries to load. I found the game as a whole very fun an easy to play. My biggest issue with the game is that it is extremely addicting which isn’t good for my free time! It is safe to say that this game will be a favorite for quite a while.

Overall I give this game 5/5 stars for each of the individual sections and 5/5 for the whole game. It is free in the App Store and on Google Play and I highly recommend you download it and give it a try.