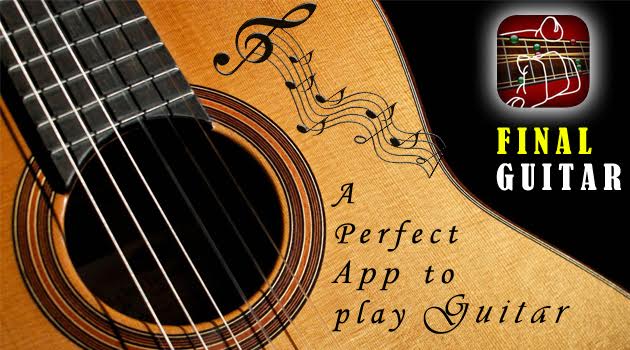 Few guitar apps have the endorsement of savant guitar Gods like Japanese-born Mikio Fujioka. Mikio burst on the rock scene in Japan when he was only 19 years old, a guitar prodigy who had just graduated from the Musicians Institute of Osaka. That same year, he trounced all guitar rivals, shredding his way to victory in the GIT Masters 2000. Now he is renowned in the band BABYMETAL as “Ko-Gami,” which translates to “The Little God.”

Recently Ko-Gami tested and demonstrated with utter power and finesse the recently released 2.0.0 super-version of Final Guitar’s absolute guitar amp. This is the ultra-designed version of the guitar app whose version 1.0.0 rocketed to #1 on itunes, as one of the best guitar amps on the market. And that’s what Mikio Fujioka, aka “Ko-Gami,” aka “158 Centimenters” (so-named because of his tiny physical stature), said about the 2.0.0 after demonstrating it, uttering positive reviews and rating it hands down one of the very best guitar apps ever conceived.

Concept: Final Guitar breaks the mold for musicians of any talent level passionate to learn how to play guitar and make amazing music. It’s an all-in-one app that works in 3D as an animated guitar virtuoso showing you exactly how it is done – the proper hand and finger positions, the correct musical scales, and the difficult chord progressions are demonstrated right before your very eyes. The animator plays before you like it was SLASH or Ko-Gami giving you a private lesson in the confines of your living room.

Final Guitar has a host of powerful and unique features:

The 2.0.0 version was six months in the making, an exclusive, ground-breaking iPad creation packed full of new, dynamic functions and greater performance acuity. The simplicity is amazing and so easy you can even bend over and tap, then execute a riveting solo performance by merely following the markers shown on your frets.

Virtually all users agree: this app seamlessly combines more functions than ever before. No matter where you stand in the gradation of guitar talent, the new Final Guitar App 2.0.0 will make you shine.