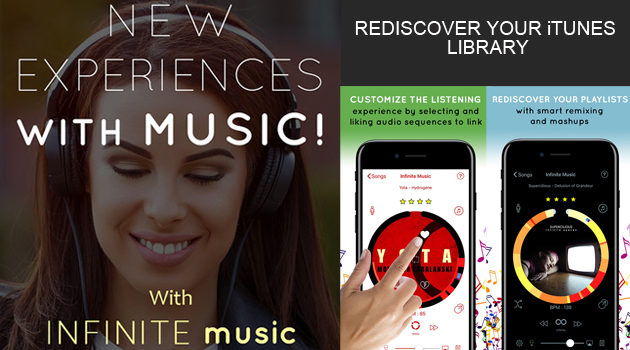 Concept
User Experience
User Interface
Value to Money
With Infinite Music your playlists become interactive and you will REDISCOVER YOUR iTUNES LIBRARY with smart remixing and mashups.

Have you ever imagined mixing songs that have been remade over and over again in different decades? Wouldn’t it be interesting to listen to the same song done by the Beatles and the Bee Gees in a medley mode? Or by Billy Joel and Westlife? How about Elvis Presley and Meghan Trainor?

Or have you ever wished for a non-stop playlist of your all-time favorite songs that had absolutely no gaps in between songs? Have you ever thought of bringing back the “disco days” of the 70’s and 80’s into you own phone/tablet’s music library?

Or if you are a Rap / HipHop dude, have you ever fantasized of mashing the songs of Eminem with Black Eyed Peas? And if you are into Heavy Metal, it would definitely be a Nirvana state for you if you could create a non-stop medley of Deep Purple, Metallica and Guns N Roses.

All these wishes are now realities! All these are now possible with INFINITE MUSIC, the latest “killer music app” that has reached the AppStore lately. Developed by Grubbeats, this new app initially looks like it’s designed for those old-school DJs that had the flair for mixing multiple songs from different turntables spinning simultaneously. Now any music buff – from Teenagers to Millennials to Baby Boomers – can easily transform their usual “Playlists” into non-stop “Remixes”.

A Remix is essentially a multiple-song playlist that can be transformed into a single song you may want to play even in “Infinite” mode. So if you happen to love a playlist that would want to play forever, then INFINITE MUSIC should be heaven-sent for you.

You can even customize these Remixes into different tempo-based activities such as Resting, Walking, Running, Cycling and Driving! And you can even automatically switch playlists as your activity changes, e.g. from Walking to Running to Resting. How else could an app be more intelligent than that?

Another cool thing about INFINITE MUSIC is that it has an Inbox that connects to your mobile email. If you receive an audio file attachment via email, all you need to do is to long-press the file and then choose “Open with Infinite Music”. That audio file will then be automatically placed into the app’s Inbox.

It also has an on-screen tutorial that pops-out with instructions as you set-up your playlists/remixes. It is also ad free, making you music appreciation moments truly continuous without any interruption. 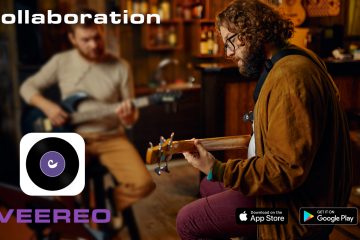 An Exclusive Sneak Peek for Veereo 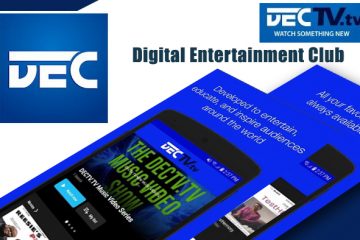 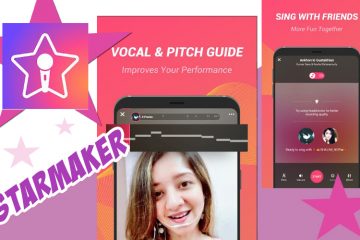