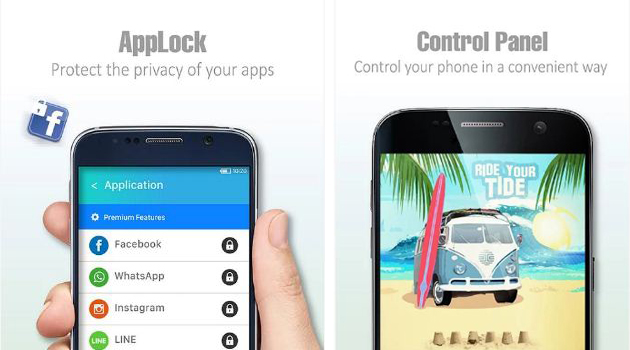 Pin Genie is a new and revolutionary lock screen app for Android phones, allowing users to maintain absolute security even if someone tries to observe the pin code from behind. It manages to do that by providing a permanently shifting pattern of numbers, so that it’s impossible to see the exact pin code even if you have previously seen which numbers were pressed on the screen. The app manages to do that by adding groups of 3 random numbers into 4 tiles, so that no one can guess the exact combination that can unlock the phone. Asides from this nifty trick, here are the main pros and cons of this app.

– Intruder Selfie Photo
Should someone wish to enter your phone by guessing or mimicking your pin code, which is impossible thanks to geniepad, the app will automatically take snaps of the intruder. These snaps can be automatically delivered to a predefined email address, or showcased on your phone after the correct pin code is entered. Such function is great if your device is stolen, since you can go with the photos to your local police station and let them do the work for you.

– AppLock Feature
Asides from locking the entire phone, Pin Genie enables users to lock certain apps. Such feature can be extremely convenient for those who want to hide their messages or their Facebook activity even when leaving the phone unlocked or when borrowing the phone to a friend.

– Weather Report
Weather report is another great feature which is accessible exclusively on this app. Thanks to such reports you can see current temperature and weather alerts on the lock screen, without even having to unlock the phone.

– Enhanced Personalization
PIN Genie can be furthered customized with an HD wallpaper, which can be chosen from the hundreds available in the app or by importing one from the phone. Moreover, themes can be also changed from the settings menu of the app, thus giving it a complete new look with a single tap of a button.

– Complete Security
Another feature worth to be mentioned is the ability to lock the phone entirely for 1 minute after the wrong passcode has been entered 3 times. This option further discourages the thief to try new unlock combinations and enables the phone to save battery.

– More Than One Way of Unlocking
Users can opt for the default geniepad, can use between a traditional or pattern PIN pad, and can even make use of the default fingerprint scanner available in modern Samsung phones. All these are available while the small Pin Genie app is installed and activated.

– Some Users Report Being Unable to Answer Phone (solution available)
Some users have reported an inability to unlock their phones when someone is ringing without having to input the code first. Such operation may take a while, and the ringer can choose to hang up instead. Developers of the app have responded to these complaints by saying that the app requires Usage Permissions to be given from Settings in order to overcome this restriction.

– Unable to Save Intruder Photos in Phone
A feature which would be appreciated by some is the ability to save photos of intruders in the phone, and not only showcase them after correct login or on the email address. Developers claimed that they may consider adding this feature in later versions, yet they have refrained from doing so until now since these photos take up important space. By sending photos to designated email or showcasing them once, they allow users to save up internal memory on lower-end devices.

Conclusions
PIN Genie is definitely one of the greatest locking apps in Play Store, and most importantly it comes free of charge. Therefore it’s no surprise that it is the highest rated screen locker (4.6 out of 5 stars) and is included in Top 10 Utility category in the market. If the features that we mentioned above sound enticing to you, then we recommend to give it a try and see how it works out.