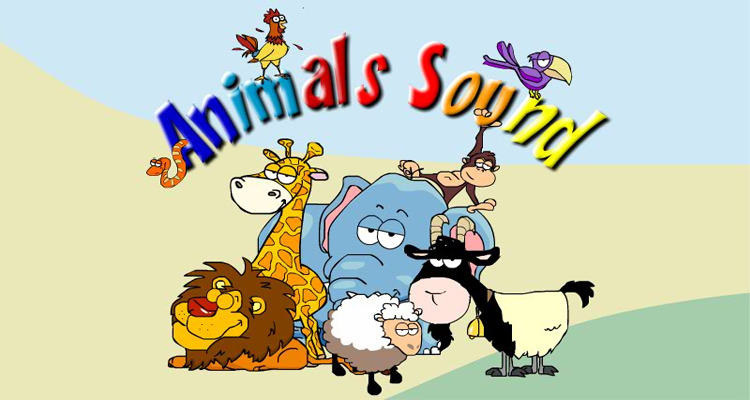 Do you have toddlers? Do you find it adorable when their eyes expand at the sound of new, or even familiar, sounds? How about their interaction with their favorite animal? Doesn’t it makes your heart melt when the two seem to almost know how to communicate with each other without the use of language? Brace yourself as you will become overcome with joy as you and your little angel will giggle and squeal with a joyous laughter while playing this newly designed app that’s catered specifically to babies and toddlers.

When opening the Animal Sounds app, an unforgettable happy-go-lucky ringtone plays over and over again at the main menu. It makes one want to grab a hula hoop and start swaying said person’s hips around and around. You may even catch yourself doing a “Hokey Pokey” dance; it’s super contagious!

The game itself allows one to explore one of the sixes modes that are all entertaining as well as educational. The first mode is called “Happy farm!” Once clicked on, one is transported to a colorful and vibrant countryside farm, hence the name, with a host of different animal species. This includes two sheep, a hen, a rooster, a stork, a mother duck and her cute baby ducking, a goat, and a pig who likes to remind you that he might be up to no good by raising his eyebrows up and down and swaying his eyeballs from left to right with a cute smirk on his face; it’s quite hilarious! There is a constant repeating sound of communication between animals in the background that reminds one of the location at hand: a farm. Here is where there educational part takes precedence. Once an animal is clicked on, the associated sounds with that respective animal is heard at in increased volume over the background sounds. By doing this repeatedly, your young one is sure to learn what sound each animal is supposed to make.

Next, there is the “Safari!” mode. In essence, it is designed exactly like the aforementioned (Happy farm!) mode except for its location and the animals. It features a pond with a dark green sneaky-looking alligator pacing back and forth while occasionally peeping its head out of the water. It also features a blue-grayish elephant, a peaceful lion with a big smile its face, a monkey hanging from a tree with one hand, a sleepy-looking monkey and a leaf-eating giraffe. The background sounds mostly consist of ape-like and baboon communication.

Are you ready to watch an unorthodox show featuring an animal “play music?” Do you want change of scenery? How about a sun bathed Phoenix, AZ desert? Well, get ready for a quick, light-hearted, mid-tempo, banjo-playing pig on a barstool. Little Timmy or Anna can run around the table or just jump up and down for about thirty-five seconds while a group of happy hens dance along and enjoy the show also! Again, just to make it clear, this third mode is called “play music.”

Next, our fourth mode allows for a more quiet and relaxed gameplay. It is call “Draw Free.” It features a white drawing board, fourteen different colors of paint, and a paintbrush. Luckily, this free app allows one to save said person’s work so there’s no need to worry about losing that newly designed masterpiece of art.

Next, we get back into working that growing and ever-developing brain in our fifth mode; it is titled “Find sound.” As intuitively as it sounds, it features a dual spilt screen that shows two different animals that which the players are supposed to choose which animal makes that sound that is heard once “play” is clicked on. For those audio/visual learners, this is going to engage them with much excitement. There are ten stars that one can accumulate at which at that point said person wins. Way to go champ!

Finally, Animal Sounds comes with the most engaging and challenging mode, titled “Shapes & Color.” There are three levels from which one can choose to play in: easy, medium, and genius. Of course, said player must work her/his way up the ladder from the bottom (the easy level) in order to bypass the easy level. At first, there are three different animals placed on the left side of the screen that await placement in their respective shape on the opposite side of the screen. As one progresses through the game it comes more challenging as mentioned earlier. Then, there comes half of a drawing of said animals; this requires the brain to think more critically since it doesn’t show the entire drawing. This seems to work well with growing little brains that can adapt efficiently and quickly in a game that is also equally just as entertaining. Later on, there are no more shapes to match but, however, animals are to be placed with their associated habitat. For instance, one should place an alligator in a pond and a parrot up in a tree. I, the author of this review, will turn twenty-five years old in just two more months yet I find this app very fun to play. Download this app and your little one, and maybe even your own self, well thank you for it! Happy app hunting!