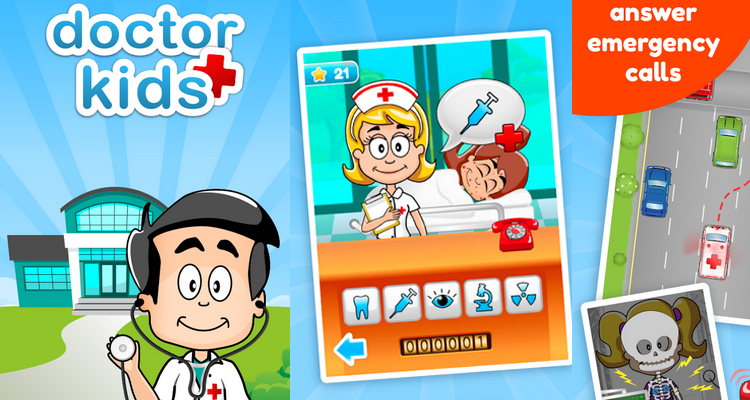 Concept
Visuals
User Interface
Value to Money
With the help of this educational game you can be a doctor and treat kids in a children's hospital. You can make them healthy again and put a smile back on their faces. Kids are counting on you!

Apparently an educational kids game meant for younger children to teach them not to be afraid of the doctor and dentist, Doctor Kids is also lot of fun for the whole family. It’s colorful animated characters have some amusing facial expressions, and with its intuitive controls and not too difficult challenge, it’s suitable for anyone who likes playing games.

Running as an Android app (but also available for other mobile platforms), Doctor Kids is a traditional style computer game with high definition graphics which has many pre-existing clones. In fact, for those who can remember early computer systems, there have been several games like this on platforms dating right back to the early 1980s. In an attempt to add some originality to the established format, various mini games are included in each scene, but in general, there is nothing very new here. The game is tried and tested fun but is as simple as fixing the various ailments of the patients who come through the door and being rewarded for your services.

In the case of Doctor Kids rather than any of the others where you treat animals or monsters, the setting is a children’s hospital where patients come in with different illnesses and injuries which need to be fixed. Once the individual is sent to the right doctor’s office, certain procedures can be performed to cure their ailments.

Without being overly graphic when it comes to the various injuries, there is nothing gory or scary about the operations which need to be carried out. Mending broken bones is simply a matter of x-raying the afflicted area then tapping and rotating the bones into their correct position. Thus, while there’s a element of truth to this, it’s a shame that real life broken bones cannot be fixed quite as easily.

Dentistry is even more fun with all the tools and drills which you commonly encounter available to fix some horrid-looking sets of choppers. Tartar can be scraped, discolored teeth can be brushed and polished, cavities filled, and in the worst case scenario, you can use a pair of pliers to extract a bad tooth. You can even give the patient braces! Sometimes the patients give a little shriek of pain or fright which is rather hilarious.

In other scenarios, patients covered in spots need to be diagnosed and vaccinated, and some children may need to have an eye-examination. Completing these activities ticks boxes on the patient’s medical record until the card is filled.

The mini games are also quite entertaining, especially the ones where you catch drops of vaccine in a test tube and eliminate viruses from a drop of blood under a microscope. There is also an ambulance driving portion of the game where you can locate and give first aid to patients. Brightly colored bandages, plasters, and flavored medicines abound.

With numerous possibilities created by the different combinations of medical problems, there seems to be an inexhaustible amount of gameplay available. However, once the same tasks have been completed a few times, Doctor Kids does tend to get boring. How long it will keep a small child entertained is anyone’s guess, but it should hold the average player’s attention for at least a few hours. 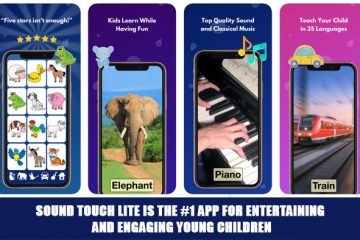