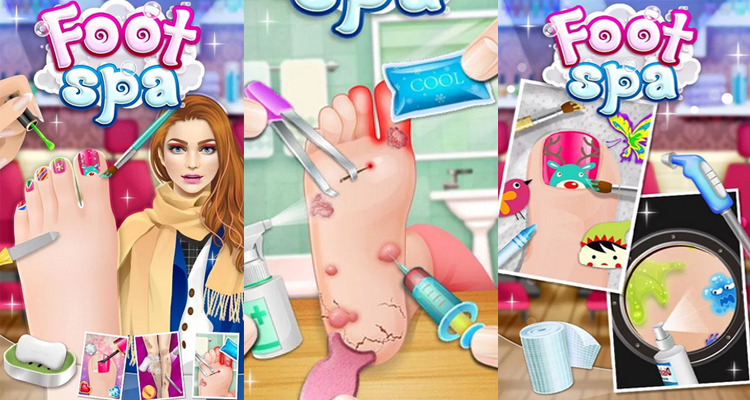 Concept
Visuals
User Interface
Value to Money
Every girl loves Foot Spa, Come to makeover and dress up in the Foot Spa. It's a kids games for girls!

Having upgraded the original by 6677g Ltd, the new version is a lot more than just a dress-up and makeover app for girls. Available only in a vertical orientation designed for Android phones rather than tablets, this once simple kids app is now a fully fledged kids game with beautiful graphics and 7 different levels to get through.

While levels 1, 2 and 3 are taken from the original Foot Spa app, there are 4 new levels which have to be unlocked by playing some extraordinarily challenging mini games. Consequently, it is unlikely that a child will successfully progress into the 4th to 7th levels without help from a parent or adult sibling. To say that these mini games are hard would be an understatement, and even when they are beaten, having to then choose the correct chest to reveal the key is often met with a frustrating failure. 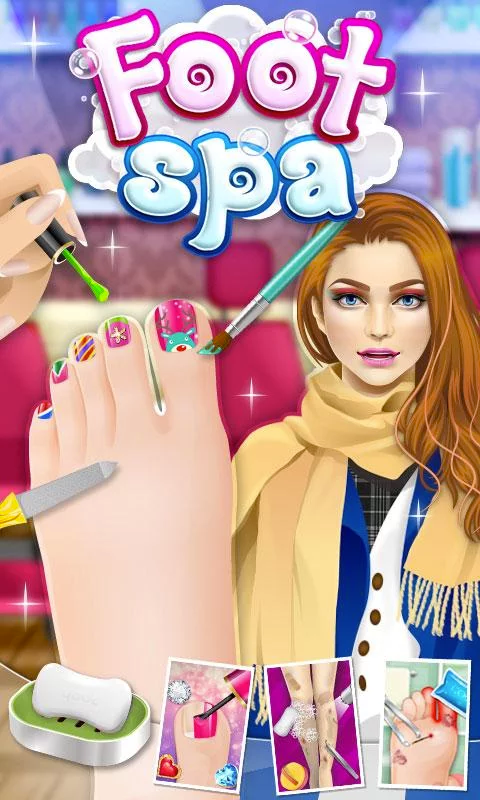 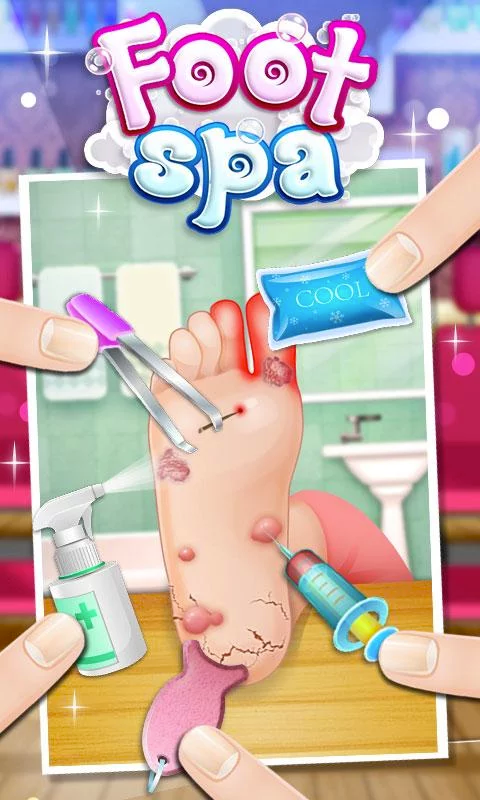 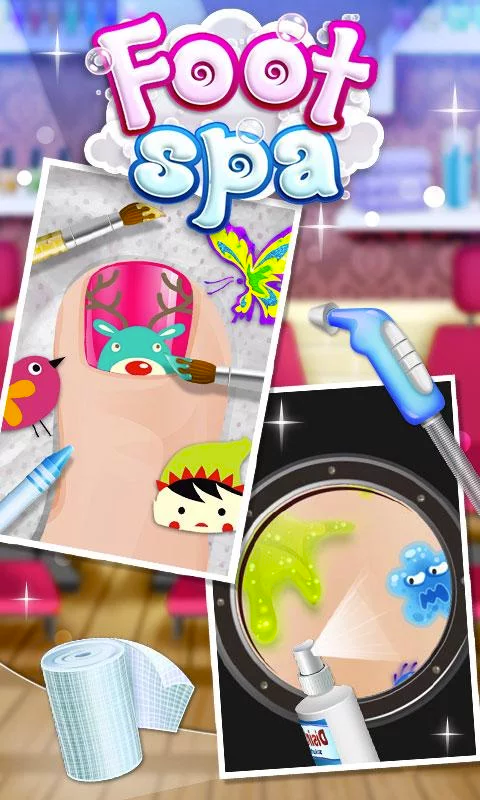 The foot spa section itself is the same as the other foot spa apps. Having chosen one of three different skin-colored feet, first you clean the dirty areas of the foot with a soapy shower ball, rinse away the soap bubbles with the spray from a shower head, rub dry with a towel, and then clean the old nail polish off with a cotton wool ball soaked in nail varnish remover and held in a pair of tweezers. All these activities simply involve rubbing the screen in the appropriate areas and are quite easy.

The toe nail makeover section is now divided into two levels with toe nail painting separately. Whereas previously, all you had to do was trim the toenails with clippers, repair the cuticles, and then dress the foot with a chosen sandal or flip flop before moving on, now you have to endure full screen ads and mini games before moving on. Painting the individual toenails with a selection of colored polishes, glitters, decorative patterns and ornamental jewels is much the same, but again, now you can only choose the footwear and add “temporary tattoos” and nail art once you have unlocked the next level. Admittedly this adds a challenge to the app which was not there originally, but the mini games stop being fun around the tenth or eleventh time that you fail at them.

The mini games are comprised of: “The Special One” (or odd one out) which is populated by hats with different expressions arranged in a grid; a “Match the Card” memory game; “Sort the Tools” by sliding them into boxes; “Hit It” is a “Whack-a-Mole” clone; “Jump Now” involves tilted the screen to collect tools; “Flying Bird” goes from one side of the screen to the other according to key presses; “Fishing” throws a line out from a ship to catch the nearest fish; and “Arkanoid” is one very difficult level of the famous “Breakout” game. The quickest one of these games to beat is the “Match the Card” memory game, as the others all really on timers or tediously long gameplay.

If you are skillful enough to beat the mini games, a number of chests pop up which you are obliged to pick one of to gain a key to unlock the next level. The number of chests increases with each level which makes this whole section extremely irksome. Success is entirely due to luck.

Presumably, levels 4-7 are meant to be a longer version of the original foot repair levels wherein the toe nails are cut, cuticles trimmed, and all kinds of nasty callouses, blisters, rough skin, and warts can be removed from the sole. There are further graphic enhancements to the pedicure with an intriguingly named level now called “Toe Nail Care with Microscope”, and everything ends with a “Dress Up”. Owing to the mini games, however, very few will ever see these later levels.